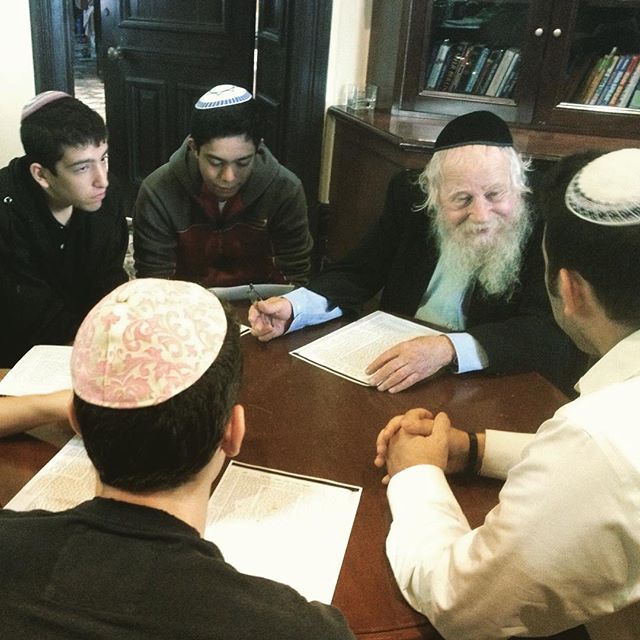 The conception of a world destined to be redeemed, a view of history as progressing towards “the end of days,” evolved from Judaism and became a basic element in the thought of the entire modern world.

Through the teachings of Christianity (and to a certain degree those of Islam), this concept is well-known.

Even the Communist “religion” promoted this belief as the basis of a way of life and a course of action on both the ideological and tactical levels.

Communism based itself on the heartfelt certainty that the messiah (in other words, the revolution) would come, although he tarries.

The very same assumptions emerge from views and approaches maintained in the democratic and capitalistic western world, conceptions that seem to be far removed from any kind of faith.

The theory of evolution, for example, through a slight change in meaning, metamorphosed from an explanation of the process by which animals adapt to certain conditions to a schema outlining how, in every generation, things progressively improve and become more and more perfect.

This is the source of the assumption that if we would only let reality operate on its own, with time, it would produce the good and desirable.

If we do not stand in the way of progress, if we simply give the forces of the marketplace the freedom to operate, this would result in the constant improvement of human society.

The assumption that the world is getting better rests, among other things, on so-called proofs, such as the advance of technology or science.

Yet these assessments are often based strictly on preconceived notions, according to which anything that is more complex or more artificial is also better.

People who think this way may remark indignantly, “Is something as base and primitive as this worthy of our era?” – as though our era is necessarily better, purer, more perfect than the preceding centuries, and accordingly is also incomparably nobler than any preceding time.

Characteristically, the essentially neutral word “modern” has become synonymous with “good,” “desirable,” and “useful;” saying that something is “progressive” has come to mean that it is superior.