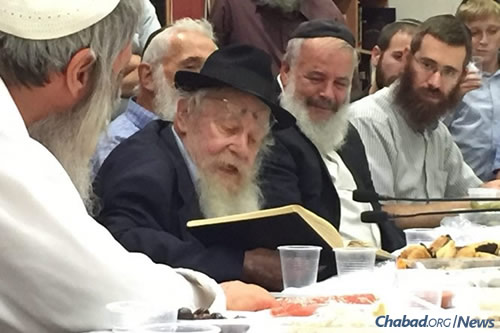 Maimonides is exceptional in his attempt to arrange all of Torah such that the framework of questions and answers would be rendered unnecessary.

At the end of his introduction to the Mishneh Torah, Maimonides writes that he wants to spare the Jewish people the trouble of asking questions.

He claims that anyone who reads the Written Law and his book can skip everything in between.

He does not advocate forgoing the Written Law or claim that the Mishneh Torah should take the place of the Tanakh, but he is willing to recommend skipping the Oral Law.

Why should a person spend his life on questions, answers, and comparisons?

Why go into all that if everything can be laid out clearly and cleanly in one solitary book?

The fact is that this attempt was not successful. Maimonides himself writes (Iggerot HaRambam n, 444-445) that he decided not to cite his sources because he wanted to avoid confusion, but later, when he realized what happened, he regretted this decision.

What the Jews did to Maimonides and his great work would probably have exasperated him.

Instead of the Mishneh Torah becoming a haven of calm and tranquility, where the weary could find rest, it became one the best sources for new questions.

This work, which was meant to lead us to tranquility, in practice became a source for, and the focus of, many more questions.