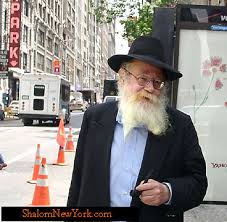 Can it be that a difference of one time turns a person from one who does not serve God into one who serves Him?

To answer this question, the Talmud cites Hillel the Elder: “Go and learn from the mule-drivers’ market.”

Because the eleventh parasang exceeds the distance the mule is used to traveling.

Of course, not many people review their studies a hundred times, and that itself is certainly a high level.

Yet one who reviews something a hundred times remains within a certain limit.

This suffices him, and he gets into a certain routine.

By contrast, one who reviews his chapter a hundred and one times breaks this limit.

The hundred-and-first time is important not because it is one more time, but because it indicates that the person does not allow himself to fall into a routine, a habit of study.

In other words, the central point is that of breaking the routine.

This is also expressed by our sages elsewhere when they teach that “According to the labor is the reward.”

In the middle of one’s daily routine, he suddenly remembers that he must pray the Mincha Prayer.

He pulls himself up, drops what he is working on, disengages from all the things that are occupying him, and goes off to pray.

Such a person is capable of experiencing a sudden awakening.

The point of change is of great significance.

The Ba’al Shem Tov used to say that when a person who is preoccupied with his activities passes a synagogue, hears the “Kedusha” prayer being recited, and is startled, for he remembers that he has not yet prayed, the heavens and highest heavens quiver along with him.