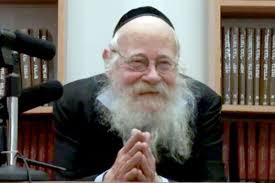 Insofar as the Protocols of the Elders of Zion is concerned, it is evident that its whole aim and purpose is to stir anti-Semitic feelings, not only describing as it does the power and control of the Jews, but also seeking to show that the Jewish leadership has secret destructive intentions against the order of society.

Nevertheless, it is not at all so plain to everyone, and not every reader of the Protocols will necessarily reach the same negative conclusions.

A comic illustration of this is the story of a visitor to Israel from Japan (a country which has had practically no contact at all with Jews, either culturally or ethnically, and where the Protocols of the Elders of Zion has come out in a variety of fragmented versions).

This visitor, a literary critic, brought the Prime Minister of Israel a special gift—an ornate copy of the Protocols in Japanese.

He claimed that even though the Protocols was not in the nature of a literary work and not factual description, still, it was a most flattering representation of Jews and their achievements.

In fact, the substantial content of the Protocols, and actually of almost all anti-Semitic literature, is somewhat ambivalent.

In addition to the enormous envy and hatred there is a notion—which is presented as a fact—that the Jews possess such enormous power that they are the secret rulers of the world.