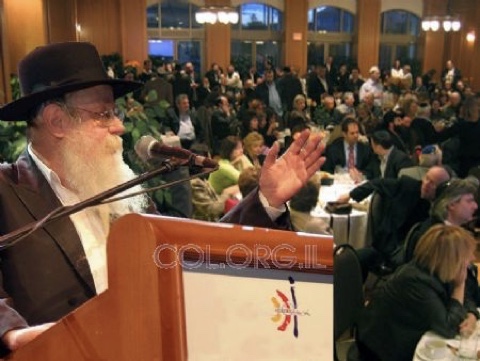 A Hasidic story relates that once a certain rabbi was visited by the Besht (Ba’al Shem Tov), the great leader of the movement, on the Day of Atonement (Yom Kippur).

To his astonishment, the Besht kept singing the awesome prayer of repentance, “Al Chet,” in a clearly happy melody, more like a marching tune than a recital of guilt and remorse, indeed, reflecting the liveliness of transgression more than the sorrow of contrition.

The rabbi could not help asking the meaning of such impious singing, and he received the reply:

“Anyone who is a genuinely devoted servant of the King will sing whenever he is carrying out the King’s orders, whether he comes as a victor in battle, or whether he is cleaning out the filth from the homes.

Since the King’s instructions for this day are to do repentance, to clean out the filth, I sing as I would at any opportunity to do His Will.”

That is to say, the performance of any mitzva is a joy, whether it be a likeable task or a disagreeable one, a significant act or something relatively trivial.

And all the mitzvot together form a symphonic whole, a single command, a collective summoning of our response.