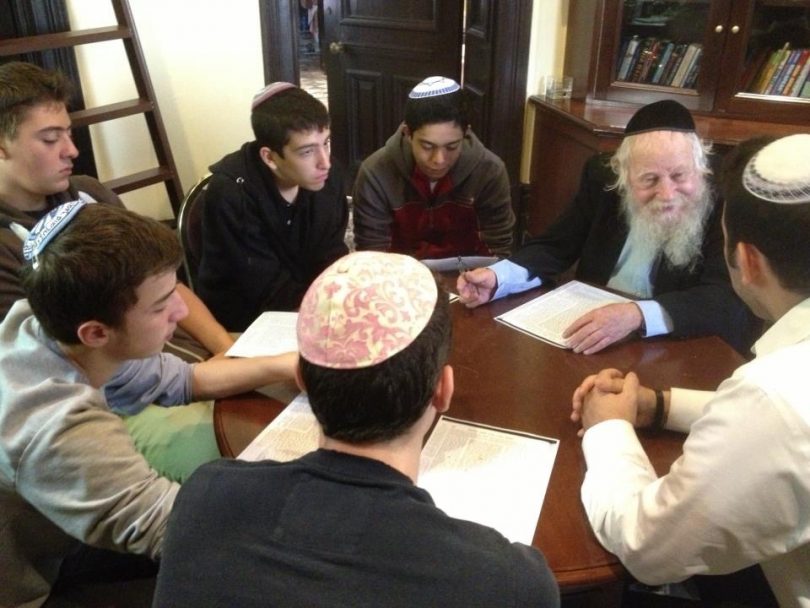 The story is told of a new student at a certain yeshiva who attended the lectures of the rosh yeshiva.

The rosh yeshiva would address Rashi’s commentary, saying, “I don’t understand Rashi!” and explain why his commentary was puzzling.

Then he would turn to Tosafot and say that he doesn’t understand Tosafot.

Then he would turn to the Talmud and say that he doesn’t understand the Talmud, and so forth.

After a while, the new student wrote home: “Thank God, I already don’t understand ten pages of Talmud!”

When one begins to study a page of Talmud, he believes that he knows everything, or almost everything, and that all he needs to do is to fill in a gap or two here or there.

As he discovers more and more questions and peculiarities, the effect is cumulative:

Torah study is, in a sense, a kind of battlefield.

One takes a page of Talmud, cuts it into pieces, and reduces it to dust and ashes.

One takes a halakha, which he knows exactly how to implement in practice, and begins to demonstrate that it is built on compromises – between the Shakh and the Taz or between Rava and Rabba.

It is not a matter of merely sharpening the mind, where one looks for problems for no reason; these problems can actually be found everywhere, in every subject of Torah study.

And for one who deals with matters of faith, the matter becomes even more complex than this.

When people explain to children that a man with a long white beard sits in heaven, holding a stick in one hand and a candy in the other, this may be an unsophisticated conception of the world, but it is simple and clear.

After one begins to study, and the more one learns, the world does not become simpler and smoother.

What this means is that study entails a kind of traumatic process, a process of breaking things apart.