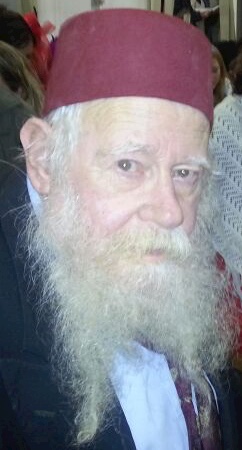 The Torah is part of true being; hence, it, too, is not compartmentalized.

Parashat Kedoshim (which is like a reflection of the Ten Commandments) proceeds directly from honoring parents to the laws of offerings, from gifts to the poor to “Love your neighbor as yourself,”1 from the prohibitions of revenge and of bearing a grudge to the prohibition of wearing sha’atnez (The Torah prohibition against the wearing of fabric that contains both wool and linen.)

This is why it is “Torah” – teaching; it teaches and establishes a way of life for the people.

The totality of life is found in and directed by the Torah.

These two elements together – the Jewish People and the Torah – form what is called “Judaism.”

To place the Torah into the framework of religion (whether this is done by those who reject it or by those who uphold it) is to ruin it.

It is to reject it as Torah and to turn it into something completely different – into simply one of the world s religions and faiths.

Conceiving of the Torah as religion is tantamount to confining it within a limited area and, what is more, divesting it of life entirely.

If a Jew is “religious,” he thereby denies the true meaning of Torah.

For the Torah demands of him to be a Yehudi – to give his whole life a special character, whereby everything is Torah.