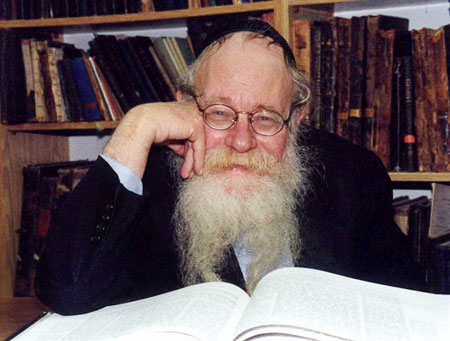 The essence and meaning of life depend on a transformation of darkness to light, and this is nothing less than a miracle.

A famous allegory helps to explain the creation of the world and the reason for the existence of the animal soul.

In a royal palace there was a talking bird which was kept in a cage within the king’s inner chamber.

The ministers of the king came to him complaining, “Why do you take the talking bird into your inner chamber, when any small child can speak better than the bird?”

The king answered: “True, even a child can talk better, but he belongs to the species that talks, whereas the bird is a creature that is not of this species and nevertheless talks; such a wondrous thing is worthy of occupying my inner chamber.”

This allegory explains the place of man in comparison with angels. This low-minded man-creature can reach a special status precisely because, in spite of his being earthbound and physical, he still can recognize God and “chirp” like a talking bird.

This is what awakens God’s love for one.

The world is altogether the play of God; but this is another side of the question.

As the Chasidic master sees it, the transmutation of darkness into light is not merely a play.

The light created from the darkness, the will issuing from the animal soul, is, in its essence, of a higher quality than what previously existed.

So the light coming from the animal soul is not just an interesting phenomenon, it is the creation of something new and greater, without which the correction of evil could not take place.