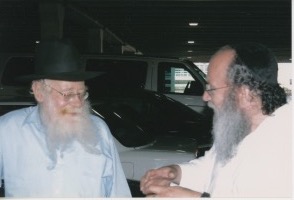 The Torah speaks “the language of man” in order for man to understand it in such a way that he is at least able to relate to it with the ordering of his life (if not with his mind).

It is also the primordial design, the archetypal metaphor whose origin is God Himself.

From this point of view, the giving of the Torah is like God’s gift of Himself to man.

It may be regarded as the permeation of the inconceivably great into the circumscribed domain of the human.

But the only way for men to comprehend it is through allegory and metaphor.

By such means, the human mind can make leaps and build bridges to overcome the abyss in some pragmatic way.

This has been done by the “scholars of Truth,” the sages of the Kabbalah.