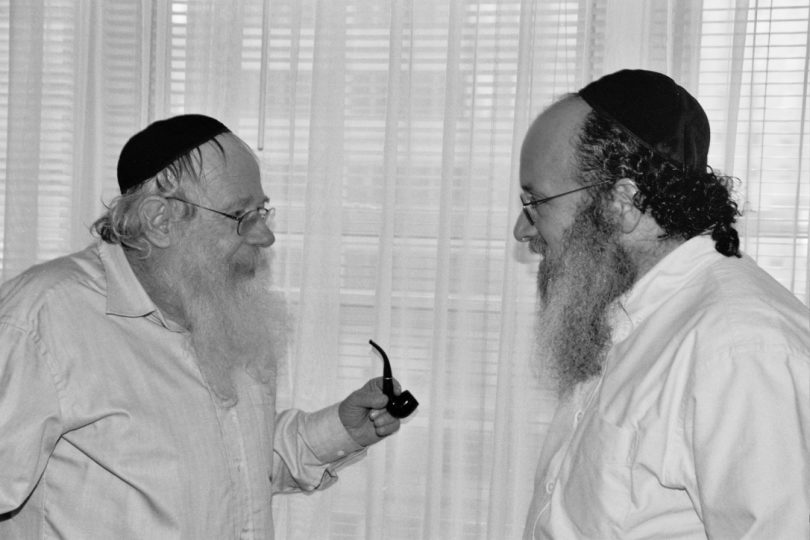 It is written that at first God thought to create the world completely under the sign of judgment, or law.

This meant that He Himself would be completely absent — everything would proceed according to its own nature and there would be no need for Divine interference.

Such a world would be sealed and finished; there would be no way of anything getting beyond itself.

But God saw that this was not feasible, that it was necessary for mercy to be able to operate in the world, not only as a form of being, but manifesting as revelation.

Something had to penetrate the hard core, even if only as a flash of light that would illuminate the darkness of deterministic density.

This, incidentally, is the image used by the Rambam to describe the nature of prophecy.

It is like what happens to a man walking in utter darkness.

Suddenly there is a flash of lightning, which, for a moment, shows him where he is, so that afterward, even though he is still in darkness, he has at least oriented himself and knows where he has to go.