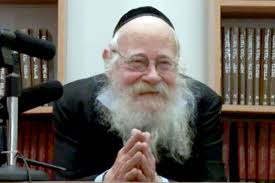 An old rabbi in Jerusalem was in hospital and began to talk with the person in the next bed.

This other person was an educated man who wasn’t religious.

For some reason, the nonreligious man brought up the story of Gilgamesh – the Sumerian story of the Flood – and he was sure that the rabbi would immediately say something against it.

To his astonishment, this rabbi, who was just a simple man, was delighted.

He said: “You know, my whole life I’ve wondered: Why doesn’t anybody except the Jews remember the Flood?

Why isn’t it mentioned by anybody else?

Now you have answered a question that has bothered me for the past 50 years.

Thank you for that.”