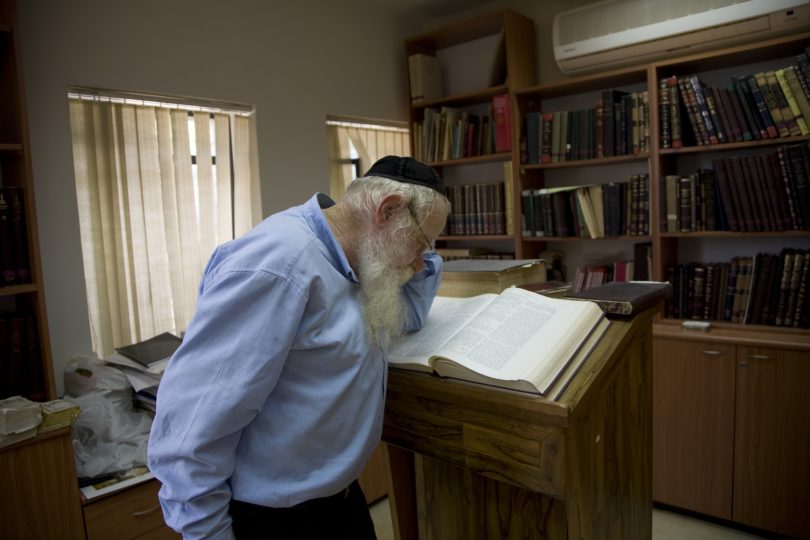 A simile can help us understand this.

Diseases of the auto-immune system have become more widespread nowadays.

They include diseases such as AIDS, multiple sclerosis, and others, that are not inherently related to each other – except in defining the source of the problem, which is – a war that the body is waging against itself.

The body usually knows itself; one part may be wounded, but the body continues to identify with the part causing it pain.

With auto-immune diseases, however, the “I” becomes partial, stilted, reduced, and then some cells begin to do to others what they would do to any foreign body: they try to eject them.

These horrible diseases are not caused by a germ or virus; they originate within the body itself.

As in the case of AIDS, the apparatus that triggers this response can be created spontaneously, or due to external stimuli such as foreign blood, or sexual relations with people with whom we should not have such relations.

But at any rate, the reaction is similar: the body ceases to recognize itself as a single unit, and begins to perceive parts of itself as foreign.

Such a situation is not merely frightening: it is an encounter with death itself.

As long as every Jew acknowledges that a Jew is a Jew – however much he may fight with him or be willing to cast him into hell – the relationship remains intimate and personal.

It is like the attitude that exists within a family.

I can be angry with my delinquent brother; I can even throw him into jail, but still, I know he is “my bone and my flesh” (Genesis 29:14), even if we argue, even if we tear each other’s hair out.

So long as he remains a part of my “I” – the “I” of the individual or family – we can both exist.

But the disease currently threatening the Jewish people, in which the “I” ceases to recognize itself as a single unit, a comprehensive whole, this is a state beyond repair.