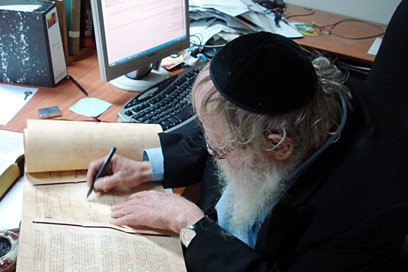 A relatively new phenomenon has arisen:

The legitimacy of hatred.

Mutual hatred among Jews is no longer a thing that one is ashamed to express publicly.

On the contrary, it has become almost fashionable.

It cuts through all sectors – a simple, all-inclusive, fundamental hatred, a hatred that does not even need self-justification.

It does not need to say, “I am better, and therefore the others are worse.”

Rather, it is a hatred based on the others being, by definition, bad.

There is no longer a need to call each other bad names; one’s very label is enough of an insult: “settler,” “haredi,” “leftist” – are there dirtier words than these?

So the words themselves become foul, and the people become defiled and loathsome in one another’s eyes.

It is this that I am trying to fight, surely not on my own, but also not with much company:

Sometimes it feels as if I ‘m standing in front of gigantic waves of history that are coming to separate, to cut off, to sever all ties – ties of blood, ties of history, ties of family, ties of memory – and create separate units.

And not even units that exist next to one another without touching, but units that operate against each other, nourished by this mutual hatred.

It’s a bitter experience to hear people on all sides say: “What have I to do with them? We have nothing in common; let’s eliminate them.”

Everywhere is fighting, confusion and malady, with the groups all working against each other, trying to obliterate whatever is on the other side, as if they were saying:

This is much more than a rift.