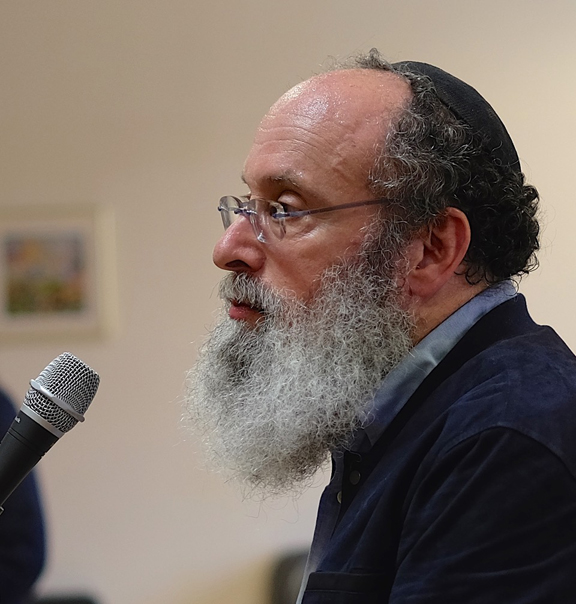 Arthur Kurzweil wants fellow Jews to get “entangled” with their family’s history and with Talmud and Kabbalah. A passionate seeker, he turned his personal spiritual quest into several books and projects, including the bestselling “From Generation to Generation,” a seminal text on Jewish genealogical research; “On the Road with Rabbi Steinsaltz: 25 Years of Pre-Dawn Car Trips, Mind-Blowing Encounters and Inspiring Conversations with a Man of Wisdom;” and “The Torah for Dummies.” He is coordinator of the Talmud Circle Project, under the direction of Rabbi Steinsaltz, and is an accomplished magician.

Kurzweil is the author of “The Encyclopedia of Jewish Genealogy” and “My Generations: A Course in Jewish Family History,” a popular textbook that has been used for almost 20 years in synagogue schools throughout North America.

He has written for New York Magazine, the L.A. Times, the Miami Herald, Newsday, and most U.S. Jewish periodicals, and served for two years as a weekly columnist for the Jewish Week of New York.

Kurzweil is the recipient of the Distinguished Humanitarian Award from the Melton Center of Ohio State University for his unique contributions to the field of Jewish education. He also received a Lifetime Achievement Award from the International Association of Jewish Genealogical Societies.

As “America’s foremost Jewish genealogist,” he will present the keynote address on May 2 at Family History Day, an event sponsored by the Jewish Historical Society of Greater Hartford, at Beth El Temple in West Hartford.

Q: You are considered among the premier Jewish genealogists in the U.S. How did you develop an interest in the field, and how did you become so good at it?

A: My father came from a small town in Poland when he was 8 years old. He has a great memory and is a wonderful storyteller. I grew up hearing stories about his little town. The more I heard the more I wanted to hear. At a certain point in my early 20s I developed a profound desire to learn about Judaism. At the time I thought it was a curiosity about Jewish history, but as time went on I became aware that it was really a deeply personal spiritual search. The more I learned, the more I wanted to learn. I also have a degree in Library Science. My parents always encouraged us to use the encyclopedia. Hardly an evening went by without some conversation at dinner prompting one of my parents to say, “Let’s look it up.” So I went down the hall to the set of encyclopedia volumes and over the years I got quite good at research. When I began investigating my family history I found that there were no guidebooks. I ended up writing the book I wish I had been able to find.

Q: How did you come to co-found the Jewish Genealogical Society in the ’70s?

A: The idea for a Jewish genealogical society was the brainchild of Dr. Neil Rosenstein, who has made important contributions to the field of Jewish genealogy through his original research and through the books he has published. Neil asked me and a few others who were also involved in one way or another with Jewish genealogy to gather together in order to brainstorm about forming a group. Today there are, I believe, over 70 Jewish genealogical societies throughout the world, all of which grew out of that first little meeting decades ago. The International Association of Jewish Genealogical Societies meets once a year. This year the 30th International Conference on Jewish Genealogy will be in Los Angeles from July 11 to 16.

Q: How does an absolute beginner start to research his or her family’s genealogy? What are some useful resources?

A: The first step is to talk to relatives. That’s always the first step. The documents will wait. The people don’t wait. Talk to every relative you can find. Talking to relatives is the most important thing to do. After that, I’d say you should explore www.jewishgen.org. This is cyberspace headquarters for Jewish genealogy. If you are interested in Jewish genealogy and you go to this website, we won’t see you again for months!

Interest in Jewish genealogy is growing. More and more people each year are becoming convinced that you can be very successful in climbing your Jewish family tree. There is no question that the major factor in the growth of this pursuit is the Internet and all that it offers the researcher.

Q: You are also a professional magician. How did you develop this interest, and how do you combine it with your other work and passions?

A: My father and I went to a costume shop when I was in the 3rd grade. We were working on a detail for a school play. The shop also had a magic counter, and that evening my father purchased my first trick. Today I have a room filled with magical items and a library of 500 books on magic. I perform a show called “Searching for God in a Magic Shop” at synagogues and other Jewish groups around the country. I’ve also performed in England. It’s not a magic show. It’s a very serious discussion about some of the most profound ideas in Jewish thought. And, at the same time, I am doing some cool magic tricks. Every trick I perform is connected in some way to the ideas we are exploring.

Q: How does your Jewish spiritual life mesh with your genealogical research?

A: It seems to me that every step of the way when we pursue our genealogical research, we are involved in mitzvahs. Who more than we honor the elderly? Who more than we reach out to the elderly people in our family and our communities and make them feel like we need them – because we do. And what is that but a mitzvah, to honor the elderly. Who more than we ask questions? The Talmud consists of questions, thousands of ways of asking different questions. Did you ever ask the question, “Where did you get that information from?” Well, there is a little code word in the Talmud for the question, “Where did you get that question from?” And who has perfected the art of asking questions more than we have?

I believe that in the same way that the Talmud says that when the Temple was destroyed, they rebuilt by doing their family trees, in our generation we have the same task. As a rebuilding generation, we are doing our family trees to rebuild, to put the pieces back together again, to take that shattered people and to bring them back together again. Our work is mitzvah work. I think we are doing a good job.