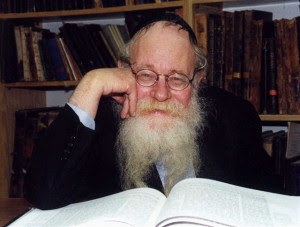 “In the final analysis, my Talmud commentary seeks primarily to solve technical problems: linguistic problems, problems of context, problems stemming from the fact that the Talmud is not an ordered book constructed step by step.

All of these problems are really problems of entering the Talmud itself, and unfortunately sometimes the traditional approach to learning allocates so much time to overcoming the technical problems to the point where little time remains to study in depth and offer chiddushim.

True, at a lot of yeshivas there was resistance to the elucidation, but not due to concerns it would prevent creative thinking – to the contrary.

I tried to retain as many of the possibilities of the classical commentaries within the elucidation and within a whole set of additions and notes, but of course it’s easier to engage in study that is mostly technical work and does not open up the possibility of devoting more time to creative thinking.”

From a recent interview on YNET with Rabbi Adin Steinsaltz