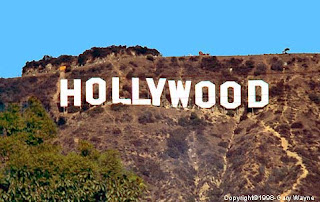 is not just a place—it is a world in itself.

has done something remarkable: it has created a great and very successful religion.

Through its success ful missionaries—the films produced in —it has spread all around the globe, gaining adherents faster than any other religion in the world.

If it has not attained the stature of a full-fledged religion, at least it is a very strong cult.

films are, of course, also a business, an amusement, and a highly efficient means for whiling away—even killing—as much time as anyone might want to kill.

However, in this regard, it is not very different from other businesses or other parts of the amusement industry.

does much more than kill time, though. has a formative influence on people’s lives.

Holly wood influences people’s thinking, their values, their goals, the way they plan their lives, and their behavior.

That is why boys will imitate the stance and language of a star, and girls will spend their last dollars just to have a Hollywood-style wedding.

Beyond that, creates images of this world and of the next world; it creates desire and it creates dreams.

Whether these dreams are far-fetched and unat tainable, or very close to reality, they become the dreams of the people; they are the wishes of the people.

People copy the manners, the behavior, the images, and the fig ures that creates. In that sense, it is as power ful and as meaningful as any religion.

Like most religions and cults, it has both idols and worshippers, and a hierarchy not unlike that of a church.