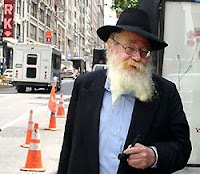 “My father was an ardent Socialist, almost a Communist.

I read Lenin before I read the Bible.

It wasn’t very fashionable when I became an Orthodox Jew.

Nor was it easy.

From Pebbles of Wisdom from Rabbi Adin Steinsaltz