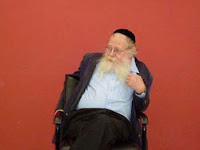 “What does it mean to identify oneself as Jewish?

As a rabbi – someone who is, one might say, a Jew by profession – I have given a fair amount of thought to this issue.
The most obvious first answer, I believe, is that a person is a Jew by religion.
In fact, that is a hard argument to make, as odd as it might seem.
There is no basic set of meaningful principles to which all Jews would agree.
And there are huge variations in both practice and belief.
Are Jews members of a race?
This is clearly not the case.
Jews come in every color and exhibit every combination of ethnic features.
Do Jews belong to a nation?
Following the involuntary exile inflicted on us many centuries ago, the notion of Jews as a people living in one place, speaking one language, or even sharing one culture does not fit.
Even linguistically, we are splintered.
Hebrew is our official ‘shared’ language, the language of the land of Israel and of our sacred texts, but many Jews have no knowledge of it at all.
What we are – I propose – is a family.”
–Rabbi Adin Steinsaltz
From an essay, “What is a Jew?” by Rabbi Adin Steinsaltz