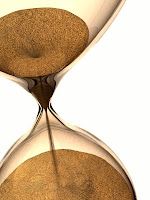 “One of the problems of human beings almost everywhere in the world, and most especially in Western culture, is how we relate to our age.

Biologically speaking, human beings have a much longer childhood than any other animal, because we are complex creatures that need training in many areas that no other animal needs.
To this, Western culture adds many more years of preparation for life, years that are a kind of prologue to life:
Kindergarten, elementary school, etc., etc. – up until college.
And then, so many people go for their Masters degree in preparation for their Ph.D., which is supposed to lead them to professorship, which is but a stage prior to retirement.
On the other hand, humans also have an extended old age.
Whichever way we may define it, it is considered a time in which a person’s capabilities only go downhill.
In between these two periods there is the time in which people consider themselves living beings who can realize their potential to the fullest extent.
There is an Arab parable about a lion who wants to teach his cub about the world:
He tells the cub: “We lions are afraid of no creature – except for human beings; they are dangerous.
I want to show you what they look like, so that you will know how to watch out.”
They see a child, and the cub asks: “Is this a man?”
“Not yet,” says the lion.
Then they see an old man, and the cub asks: “Is this a man?” and the lion replies: “Not any longer!”
Thus, until I reach the stage in which I consider myself “grown up” I do not live yet:
I am in preparations; and from a certain point on, I begin to reminisce, either with pleasure or out of regret.
This view of life, then, encompasses only a small section of our lives.
Furthermore, this notion that there is a “before” and an “after” to our lives actually makes “life” itself segmented, chopped up.
I devote so much time to these “before” and “after,” that I no longer have time to experience the thing itself.
When I am in the “before” stage, I think about what will be; in the “after” stage, I think about how things were.
Either way, there is nothing to make me hold on to the present.
And so it happens that people prepare and prepare, and when the time comes – either to practice a profession, or to get married, or do whatever else they had in mind – nothing much is left.
For example: in the academic world in general, and in Israel in particular, it takes many years to get a Ph.D.
When a person finally receives this longed-for title, he often finds that all the young years in which he could do things, in which he could innovate, were spent writing a doctoral thesis which, more often than not, becomes less and less important with time.
Then he gets a chair at a university, and spends the rest of his time re-reading excerpts from that thesis.
The same applies to married life: so many romantic thoughts, grandiose plans and love songs, both written and unwritten, are done before the wedding, that by the time a person gets married, there is no longer any energy left for romance or song.
This kind of a life, with long preambles and an extended old age, are like a bell-shaped curve with very wide margins and a rather low peak.
It is a life full of frustration, disappointment and stress.
Indeed, the high level of stress in our lives today is largely the result of the fact that we build our lives around this false premise.
A famous poem by Abraham Ibn Ezra says:
“The past is gone / the future – not here yet;
The present – is like a blink of an eye;
Whence, then, our worries?”
This poem can, perhaps, be twisted as follows:
If “the past is gone, the future is not here yet,
and the present is like a blink of an eye”
– “whence, then, our life?”
This is not a trivial question:

It is a life question, the question of our life.”