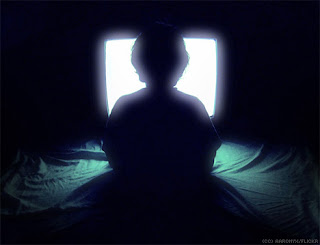 “In Alice in Wonderland (which some of you may have read, and others have seen on TV), Alice sees a glass table on which there is a small bottle with an inscription: “Drink me!”

Alice, as many TV watchers would, could have just taken the bottle, looked at it, and put it back in its place.

And then there would have been no story.

For it is only when you actually take the bottle and drink it that things begin to happen to you.

Any kind of learning requires participation.

Otherwise, it is like playing tennis with your hands folded: if you do not return the ball, you are not playing.

Any description of what the Talmud is would take a lot of time, and would not give any real understanding of it, because the main point about the Talmud is that it is totally impossible to read it without interacting with it – by asking questions, answering, finding out, reacting inwardly.

In a sense, the Talmud is a book that has an inscription on it: “Study me!” which means, “Work with me, live with me.”

The process of learning, of interaction, that is what the Talmud is all about.

The cultural gap between the world of the Talmud and the world of TV culture is not just the difference of contents or of language (English vs. Hebrew-Aramaic).

It is a profound cultural difference.

In fact, rather than two different forms of culture, what we have here is one form of culture and one form of destroying culture.

The Talmud is a book that poses more questions than answers, and that brings up so many perplexing issues, that one simply must delve into it further and further.

Far beyond mere identification, the Talmud becomes a part of your existence, a part that is always alive, always asking, always questing.

For 2000 years and more, our people’s culture has been centered around a book, whose first and foremost demand was: Work! Do something with me!

In a sense, watching TV is like being fed intravenously.

It may be far more efficient, but I doubt whether anyone would really prefer that over eating and drinking.

So I am speaking here in praise not only of the Talmud, but also of another peak of the development of humanity: the ability to go beyond reading and interact with the read material.”

From a speech given by Rabbi Adin Steinsaltz at the Miami Book Fair “On Reading, TV and the Talmud”