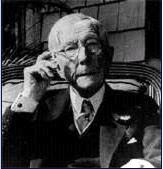 “Over the course of life, every human body inevitably changes and gradually deprives one of certain pleasures.

Physical changes occur along with the spiritual ones: while the person loses interest in certain subjects, he shifts his attention to others.

Rockefeller, the first billionaire, is often regarded as the richest person in history.

Rockefeller resolved this question by allocating a significant part of his assets to the creation of a huge charitable foundation.

From the essay “Shrouds have no pockets” by Rabbi Adin Steinsaltz