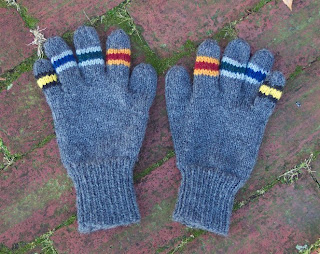 “There are actually two levels of repentance.

One is that related to those sins committed in error, which includes sins for which the individual is held responsible, just as though they had been committed deliberately.

As the Baal Shem Tov said, when a person repents he places himself on another level of consciousness: “What I know now I was previously unconscious of.”

One rises to a higher level, in which sins are seen as mistakes.

As it has been said, “A person does not sin unless the spirit of folly enters into him.”

With the passing of folly comes the recognition of error.

That is one level of repentance, the one in which a person extricates himself from a certain way of life and saves himself from his past in order to reach another level of being.

The second level of repentance is the one in which deliberate sins are transmuted into virtues, when every transgression one has committed is reckoned as though it were a mitzvah.

To reach this very high level of repentance, the individual must reach a point in his life equivalent to “the end of days,” the end of time and world.

He must change the very essence of himself so drastically that all the facts of his existence, all thoughts or actions, assume an entirely different meaning.

He shifts into another field of being.

The incalculable difficulty of such a shift may be illustrated with a simple example from the physical world.

Let us take the laws of symmetry.

While it is mathematically possible to find the correspondence for almost anything in terms of geometrical perspective, it is practically impossible to transform something with a right-hand symmetry to a left-hand symmetry, like a glove for instance.

The whole system of coordinates has to be revolutionized or transcended.

To transform one’s sins into virtues, requires the same sort of total upheaval as changing a left glove to a right glove.

Incidentally, one of the expressions used to depict this sort of repentance is “to turn inside out like a seal,” the seal consisting today, as in ancient times, of an embossed emblem whose negative face is inscribed when pressed.

This extreme transformation requires the most drastic action that the individual can undertake: repentance which is done out of love and not out of fear.

This repentance must come, therefore, from the depths of the heart, not out of its shallowness.

In practical terms, one must relate back to that which he truly desires.

For the individual has many desires and the question must therefore be:

Which one is the true desire?

A man may insist that he really wants to grow in spirit and to carry out the commandments.

Does he really want this with all his being, from the depths of his heart?

Were he given complete freedom, what would he do?”