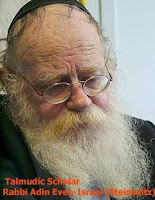 ”To even ask such a question is impertinent.

And I’ve been asked this so many times that it’s become tedious.

I won’t say anything very specific for the same reason that I don’t undress in public.

I know that in some places it is done, but not by me.

But, generally speaking, I would say that my turning to religion came about because of two reasons that may not be considered religious enough.

One was that, I am, by nature, an unbeliever, which means that I couldn’t take lots of things for granted that other people could.

I discovered when I was very young that people do believe in lots of things.

People were ardently religious because they were taken in by things that other people say, things that people assume to be true.

Now, being an unbeliever almost by nature, I couldn’t believe them, so I began to ask questions–but not questions just to annoy people.

Someone with this name is almost fated to be very rude.

I was always a delicate boy, so people used to come and pat my head, and say, ‘It’s such a nice name. It suits you so well.’

I didn’t want to annoy people.

But I began asking questions, many questions about things that were accepted in Israel and in other places.

I was perhaps a greater non-believer than the rest of my countrymen.

They were such great non-believers that they didn’t even believe in Judaism.

I was such a non-believer that I didn’t even believe in heresy.

So this was the turning, a very important one.

I discovered that one has to believe in many heresies in order to be a heretic.

But in order to accept heresy, one has to be a believer.

And if you have to be a believer, it becomes a matter of choice in what to believe.

That was one point.

The other point was that, as a boy, and certainly as a young man, I was full of desires.

My turning towards religious thinking or thinking about something like God came because the world was too small.

Because of this, because I felt that unless a person becomes attached to the Infinite, the world becomes far too restrictive to live in.

My turnabout was a very slow one, a very painful one.