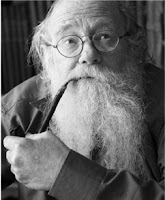 “I grew up in a family where neither my mother nor my father went to synagogue.

Not even on Yom Kippur.

My father said that he did not go because he has too much respect for the place.

He said — and I completely agree with him — that the synagogue is not a theater. Either you are a participant or you don’t go there.

Because he could not be a participant, he would not go to watch.

My father was not particular about eating kosher when he was in Israel.

But whenever he was abroad he always ate kosher just for everyone to see.

He was proud of being a Jew and of Jewish knowledge.

When I was 10 years old my father hired a tutor to teach me Talmud.

My father said, “I don’t mind if you’re an athiest, but I don’t want any member of my family to be an ignoramus.”

It is a shame for a Jew to be an ignoramus.

Perhaps it is the lowest of the low that a Jew can reach.

It means he lacks some essential knowledge about himself.

Imagine that a person does not know that he has a head until he is 65 and that he discovered it accidentally.

That is the kind of feeling that results from a Jew being ignorant.”

–Rabbi Adin Steinsaltz
From a talk given in New York City